Do you feel the fresh air descending from the hills?

Agriturismo La Pila is situated at Cison di Valmarino, surrounded by the gentle hills and terraced vineyards of the Treviso foothills. Come and enjoy our cuisine… and our hospitality.

Ciao, I’m Giuseppe. Known by all as Beppe. The story I want to tell you is true; it’s a family story involving commitment and dedication.

It all began in 1975 when my father Andrea, after being a tenant farmer for most of his life, managed to purchase some of the land he worked on, building a house for the family and taking on the farm animals. The farm is at Cal della Pila, in the vicinity of Cison di Valmarino, and it is in these hills that he and our mother Anna brought up my brother Gianpiero and I: initially their income was from the vineyards and later from the sale of milk.

The cowshed was extended in the 1990s and the number of cows producing excellent milk doubled. In 2005 my brother Gianpiero and I, together with my wife Angela, decided to plunge into a new adventure: to start a farmhouse restaurant, in a real farmhouse, where the key word is ‘simplicity’. I left my job in engineering in 2008 and joined dad Andrea and brother Gianpiero in the enterprise. Together, in 2016 we replaced the cowshed roof and decided to change from milk cows to heifers for beef, which we breed untethered. My daughters have also become part of our project with the task of welcoming and advising our guests.

In 2017 Gianpiero withdrew from the business; that same year my son-in-law Luca entered and began to revisit the dishes based on centuries-old traditions.

He does this by re-interpreting the recipes to exalt their flavours. The dishes on the menu are the same, but enhanced by valorising the produce used to prepare them. Fruit and vegetables are picked daily from our own land and our menu changes every three months to follow the natural cycle of the seasons.

In 2018, wishing to put our cuisine on the map and encourage relationships with our customers, we decided to organise themed dinner parties, which were an incredible success. They create the social atmosphere essential to us, during which we rise to the challenge of serving the genuine flavour of creativity.

As we care about the wellbeing and safety of those who sit at our tables, in 2019 we voluntarily adhered to the national quality system for integrated production in the vineyards, and achieved Integrated Crop Management National Quality System (SQNPI) certification. This not only guarantees observance of the distinctive climate/environmental features of our territory, but also ensures a certified product, traceable from the vineyard to the table. I am telling you this to let you know that for us this farm restaurant is our story, our home. That’s why we ‘cultivate’ it every day with healthy food, a friendly environment and respectful service to our guests. 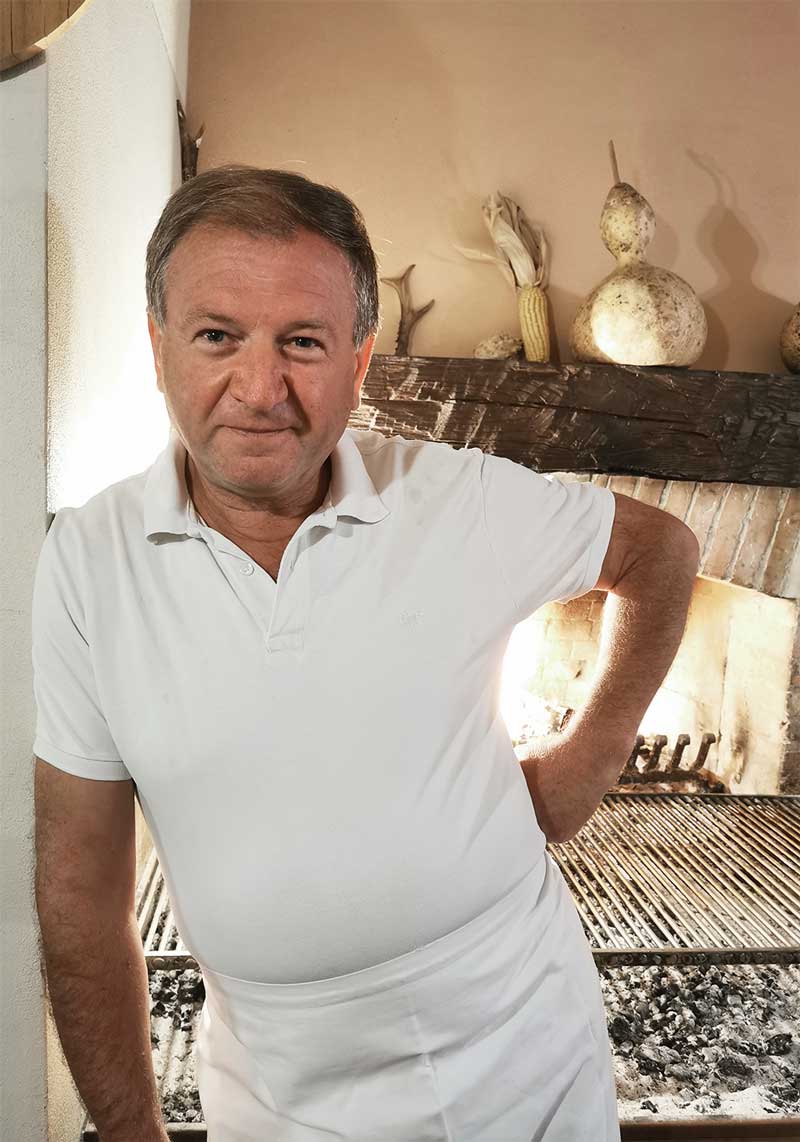 After working as a tenant farmer for most of his life, Andrea Favalessa and his wife Anna bought a parcel of the land on which he worked, built a house and bred animals.

Andrea’s sons Giuseppe and Gianpiero, who helped out on the farm, decided to open a farmhouse restaurant where people could enjoy their meat and produce.

Agriturismo La Pila, still run by the family, has made its name in the area for the cordiality of its staff, its homely atmosphere and the freshness of the dishes it serves.

Our farm hosts cows, pigs and farmyard animals such as rabbits, chickens, geese and ducks. Their wellbeing is our first concern, so they live in the open air and are lovingly bred.

Our menu is based on the season’s produce. The vegetables we serve are what we grow throughout the year, observing times and needs.

Juicy and natural, the fruit we pick every day provides that extra something for our recipes: cakes and jam are the delicious result of our lifetime love for the land.

Dishes originating from old secrets, with a pinch of freshness and the scent of originality.

A STORY OF TASTE

Masters of the spit roast
and grill

By bringing home the art of a centuries-old tradition, Beppe has earned the title of master of the spit roast!

Where to find us

Give us a call

Friday and Saturday: dinner
Sunday and holidays: lunch and dinner
Other days can be booked

With Chamber of Commerce contribution